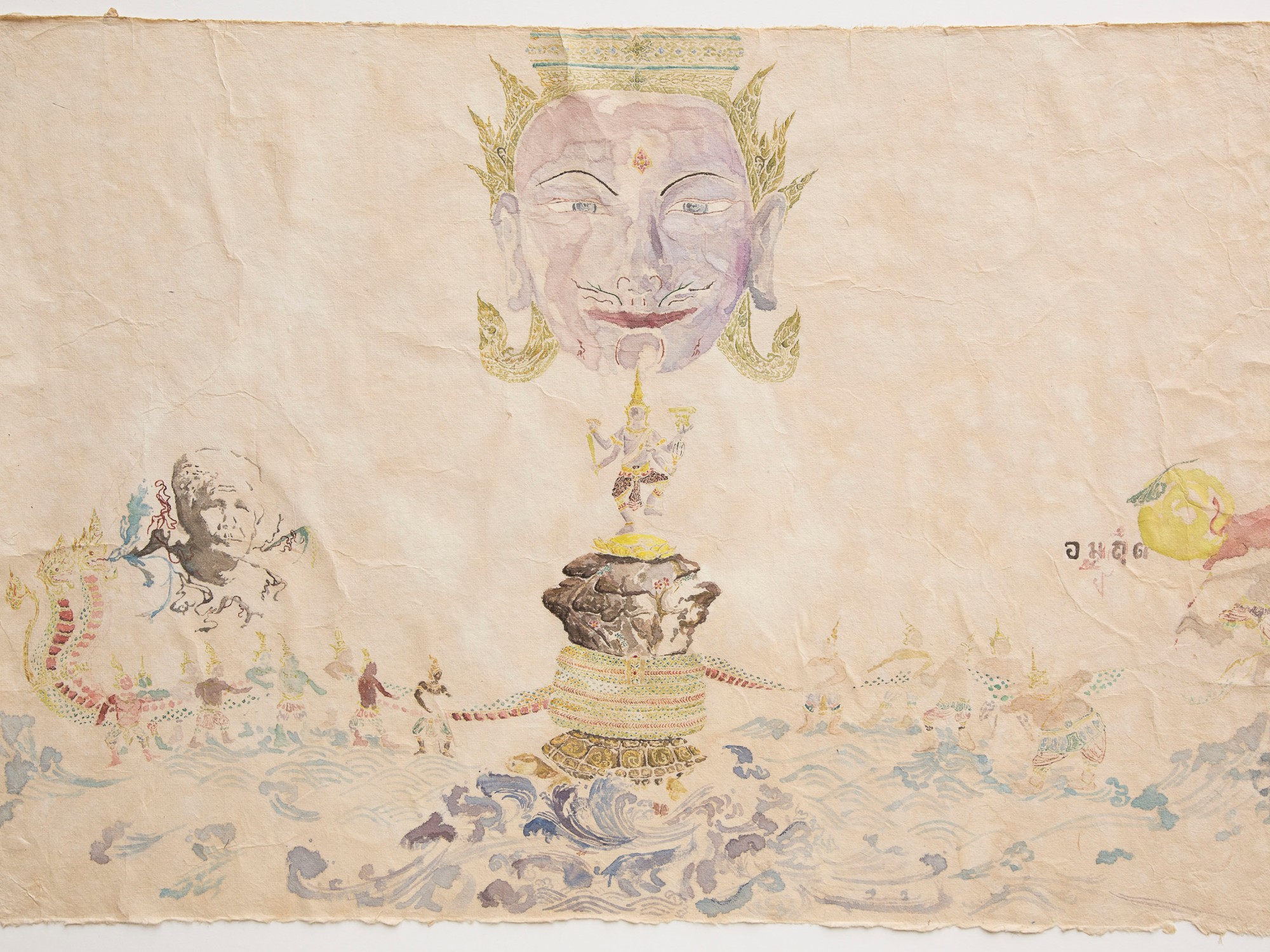 The second part of a collection of Miscellaneous works features more colorful creations as compared to the monotonous pencil and pen linework in the previous section. 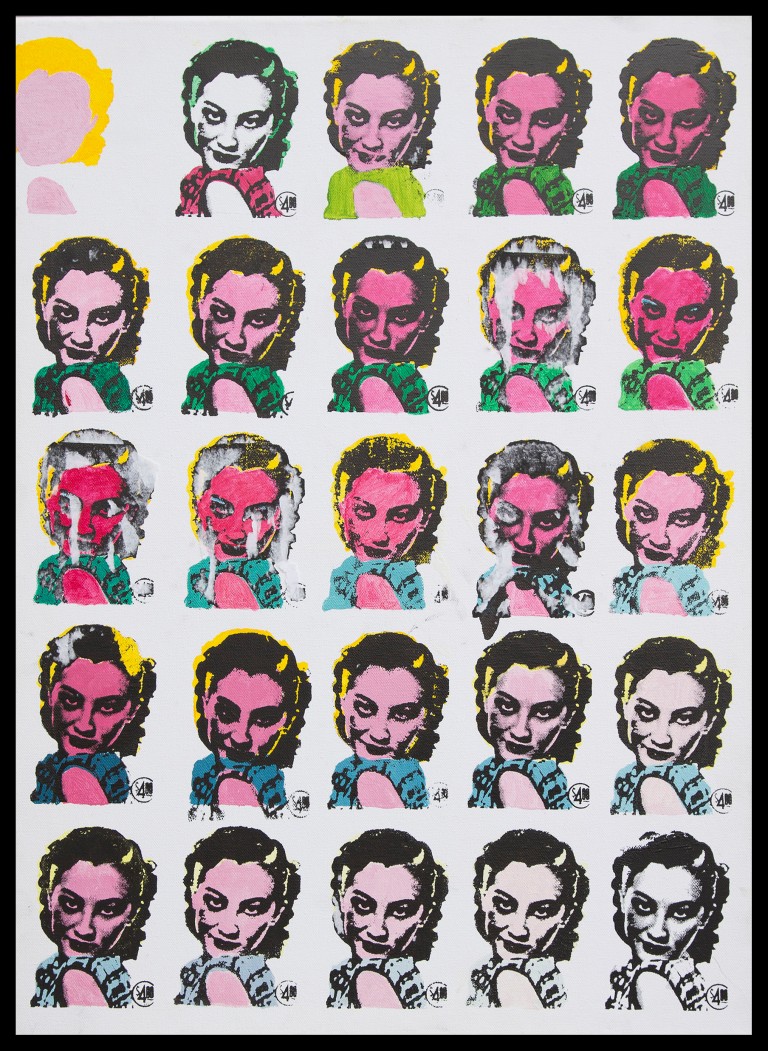 Arguably one of the most prominent singers and movie stars in early 20th century Chine, Zhou Xuan’s life was tarnished by a series of unsuccessful marriages, illegitimate children and pressure that the Cultural Revolution put on Chinese artists at the time. Andy Warhol’s Marilyn Diptych was an obvious inspiration for this piece. The torn paper coming off the canvas makes the painting resemble a wall plastered with old musical posters, and each reproduction of Zhou’s face represents a specific chapter of her life from childhood to legendary fame and quiet death in a mental asylum.

A depiction of the fantastical scene from the Mahapadma Naraka, a level of cold hell in Buddhism. The modeling clay that shapes the icy caverns of hell represents the element of surprise of cold hells in contrast to the traditional ink painting method which would have traditionally depicted the burning hells that first come to people’s minds. Cold hells also appear in Christianity, specifically, in Dante’s Inferno, which I found morbidly interesting which led me to create this piece as a symbolic globalization and merging of beliefs and faiths happening in a parallel universe to our globalizing world. An excerpt was taken from Dante’s Inferno and translated into Chinese idioms on the bottom left of the scroll.

This is a painting of a statue displayed in the Suvarnabhumi airport of the Samudra Manthan or the Churning of the Sea of Cosmic Milk, a Hindu creation myth well known by Thais, in which the Devas (demigods) took advantage of the Asuras (demons) in the pursuit of Amritha, the elixir of immortality. The works of Thai national artist Chakrabhand Posayakrit and Pakistani-American artist Shazia Sikander inspired the use of negative spaces in this piece. Additionally, I added a satirical twist to the piece in response to the recent political and social issues in Thailand, including the 2011 floods and the various issues of corruption in Thai society.

This piece depicts a scene from the Thai national epic Ramakien, based on the Indian Ramayana. In this scene, Matchanu, a hybrid between a monkey humanoid and a mermaid adopted by a Yaksa (demon), attacks Hanuman, oblivious of the fact that Hanuman is his blood father. This piece was meant to reflect my life, how I am from a Thai-Chinese background, and how I have also been educated in a completely American and international environment which makes me quite the cultural chimaera. Sometimes in order to avoid discrimination or ridicule, I had to resort to abandoning or going against my heritage. The media in itself is also multicultural, as the red paper symbolizes the traditional Chinese red paper cutting yet the cuts are based on designs done in traditional Thai shadow puppets.

Ball Machine I from Gunn Chaiyapatranun on Vimeo.